Creative spine as the writer of most of the songs, singer, alternates between guitars and bass.

Adaptive bass and guitar work and complements Bret’s singing for the intro to “Departure.”

Lovely voice and adds some of the keyboards on “Departure”

Keyboards, some singing, mixing, producing, and delaying the release of the CD.

First there was Bellwether. Three Carters (Jack being the third on bass). In 1998 Mark joined the band. Here’s a picture from a Luau that Bellwether entertained at. Doug Brennam ran sound. 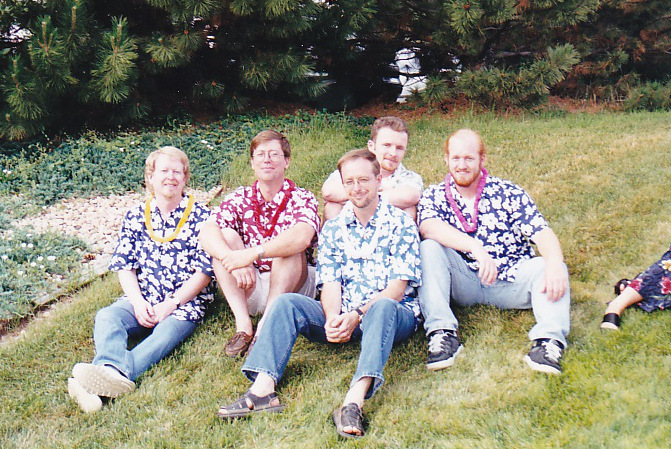 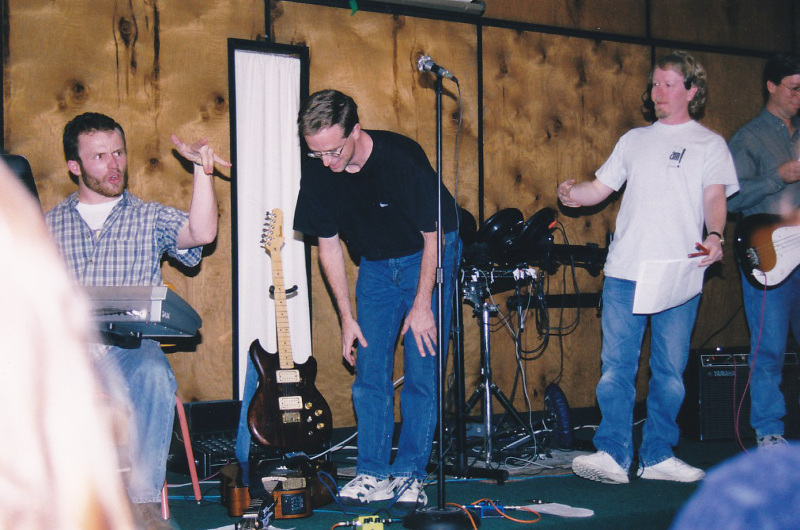 Then after Jack headed out, Brent and Anna joined and we became “Sometimes Why”. We had some 40+ people concerts in a basement, lovingly called the “Subterranean Tour”. 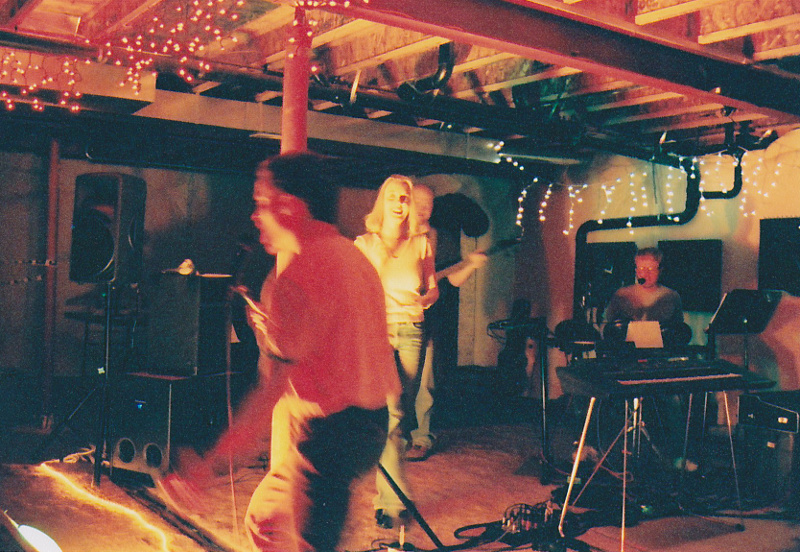 How did we afford our Rock-n-Roll lifestyle? 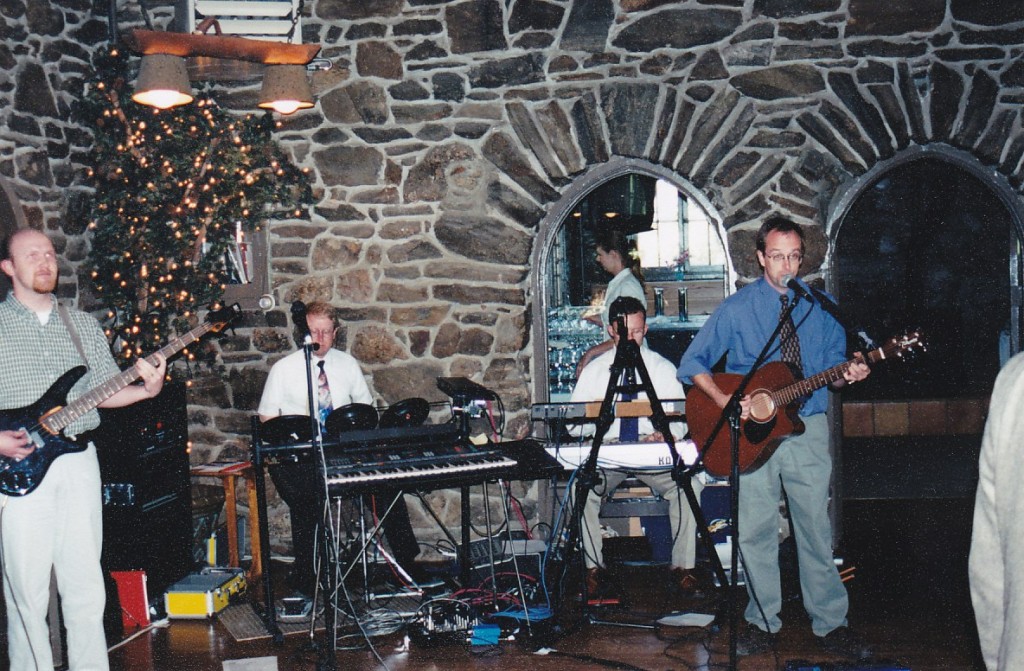 We’ve had fans both young and old. 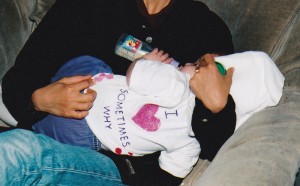 When we discovered there was an existing band called “Sometimes Y”, we decided we needed to change our name. We were very methodical about this. It’s hard to recall all the details, but we came up with a list of 100, everyone was allowed to eliminate X ideas, and finally voted on our favorites in the last 10. The winner was “Buddy Wilby”, which was misheard from a line “But he will be” in a play that Bret and his father wrote. The name was nobody’s favorite but nobody’s least favorite either.

Somewhere around this time, four-fifths of the band went on a tangent and became the “orchestra” for the original musical “Bird Brains” that Bret Carter. We produced a full album of music with singing by the kids at Hyland Christian School. 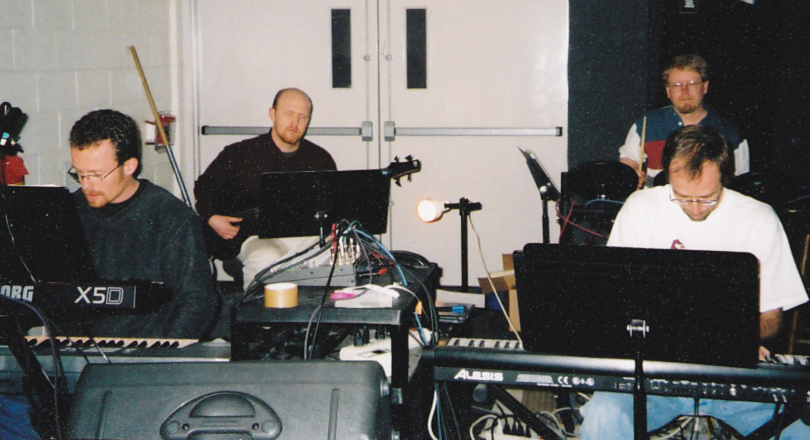 Finally we finished recording our original songs. Then began a long incubation which final gestated in our album after more than a decade. Or perhaps a chrysalis is a better metaphor. Now we’re a beautiful butterfly? Regardless, we’re excited to finally share our music.